It has been nearly two days since my Sixth Form Leaver’s Day and I must admit it is slowly dawning on me how sad I feel that I am leaving friends, fond memories and Sixth form behind. After a restless sleep and a lot of contained excitement, I woke up to my perfectly arranged costume – makeup, jewellery and Frida’s persona included, it literally felt like Christmas Eve. Despite the miserable rain outside, nothing could dampen mine and my friends mood because this was our farewell to WyHigh after 2 years at sixth form! After much practice and watching of online Frida’s outfit tutorials and hair; I plaited my hair perfectly into place (which I received plenty of compliments on) – placed a garland on and voila! — Frida’s hair. For the face makeup, blusher and bronzer was key to Frida’s makeup and an orangey/ coral lipstick tone was close to the final touches. I was surprised as to how I was quickly transforming into my favourite artist; especially as I began to add the UNIBROW, which included extensive use of my beloved eyebrow pencil… Lengthening it towards the middle and using an eyebrow brush to spread the pencil, creating a soft ‘hair’ effect.

After taking a variety of selfies and posing for Father on Skype for him to screenshot, we drove to my best friends house to pick them up, where also following the theme of Artists, dressed up as Roy Litchtenstein paintings, believe it or not – which were executed brilliantly. We arrived at the Wymondham Leisure centre fashionably late and joined in the group photos, hugging friends and complimenting everyone’s costumes. It was honestly a surreal experience to think that this was it! Our last ever celebration day. There was a variety of costumes, including a mass group of self painted, green ninja turtles, yellow minions from Despicable Me, hilarious wizards, and a few other fantastic costumes. It was brilliant to spend the day laughing on the provided bouncy castles, and dancing to the typical cheesy disco music provided by the DJ which you can guess featured tracks such as the Cha Cha slide and Macarena – which I nicely danced to with Santa Claus. Me and my lovely Roy girls and Wizards AKA Art crew and my best friends made a trip to the art block to take a photo with our beloved Art teachers – which was of course rather emotional. My friend’s amazing Instax Polaroid camera captured moments brilliantly on the day, and it’s such a pleasant, impulsive way to capture a moment without worrying too much about how that last photo looked.

After hugs, kisses and endless photos – we had the emotional assembly, which left us all in fits of laughter with the jokey video created by the staff featuring hilarious clips. It included wonders, and I honestly do need to obtain a copy for future laughs. It was then off home to prep for the traditional gathering at the Pub, with the whole year and teachers. We headed to the Green Dragon in Wymondham; where the rooms were filled with laughter and everyone just getting along pleasantly. We sat outside in the improving weather with my Media Studies teacher, laughing and just telling stories. Oh and taking hold of my iPhone and spamming everyone on my Snap Chat list of the whole day and evening documented through terrible photos and the occasional video. After a long day at the Pub, I waited for my best friend to finish work when we headed to a friends house party that night. I thoroughly enjoyed those last moments with friends that I know for sure I will not see at ease again, or for a long time with everyone heading different ways this year. I have really enjoyed and learnt something new, everyday at Sixth form and really grown as an individual. I have learnt to cherish every little time that I have left with people, and that it is good to socialise, even with people that you may not have familiarised yourself with in previous times.

Overall, Leaver’s Day as an experience is something that I will never forget – I love how it brings everyone together for those last few hours before everyone takes off. You really click with everyone again and if anything, makes you regret not doing so earlier! I am truly grateful to have met such wonderful people those past two years, and to have made long life friends that I can’t live without. It’s saddened me to think that Leaver’s Day is my last memory as I will not attend Prom this year, because I am leaving to Egypt so soon…

I wish everyone that I have met the best of luck in their exams, future and life. I hope that we will all be reunited again at ease and a big thank you for being a part of my life and some of the best memories I have had at WyHigh; which I will very much miss – despite what one has said previously after a stressful week at school, or tension between a teacher or two.

Farewell, school memories that will forever stay in my heart.

If you’re wondering how I fashioned up my fabulous Frida hairstyle, watch this great online tutorial which really helped – here! 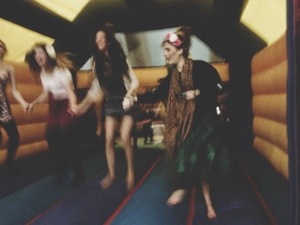 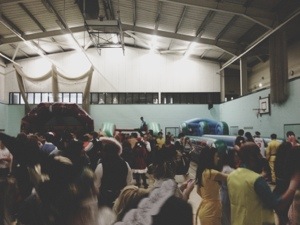